The formula for preparing pasta seems so simple and straightforward. Add pasta to boiling water and dinner is ready, right? Unfortunately, the supposedly simplest things in life can turn out to be the trickiest.

The truth is that cooking pasta with the right “al dente” texture requires a unique technique that only a few people have mastered.  What ratio of water to pasta do you use?  Do you add salt to the water? What about oil?

These are just some of the questions you need to answer right to prepare delicious pasta.  If your head is already spinning, take a deep breath and let the pasta panic go because we are here to help you.

In this post, we discuss some of the simple tips you need to follow to prepare excellent pasta. Read on to find out everything you need to know. 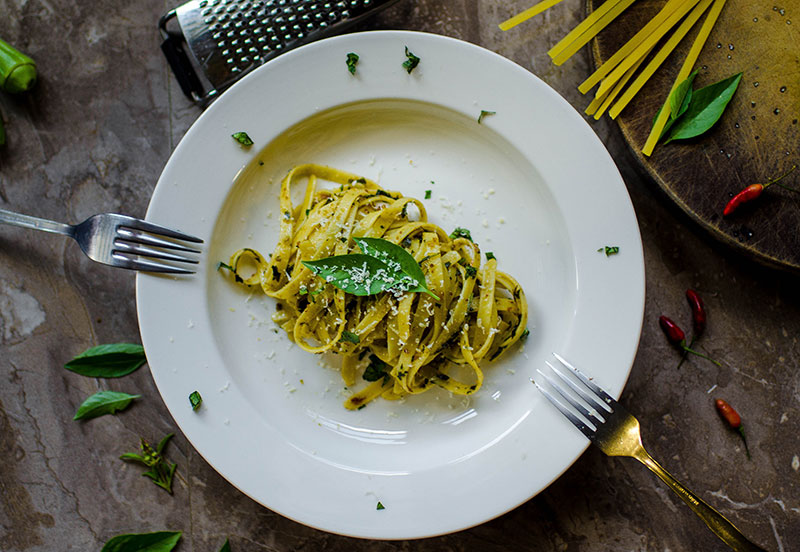 Most of us can agree that pasta sticking together is a common problem that a lot of people face while preparing this delicious meal.

To avoid this problem, consider using a relatively large pot that provides the pasta with plenty of room to move around.  This is the right time to use that eight or 12-quart stockpot in your kitchen.

Adding salt to the water boosts the pasta’s flavor. But one of the common mistakes that most of us commit is just adding a pinch of salt to a lot of water and assuming that it will be enough.

The primary objective is to ensure you add plenty of salt to the water to bring out the flavor as needed.

Typically, you want six or seven quarts of water for a standard 16 oz pack of pasta. However, when you are feeling hungry, and you want your pasta ready much faster, you may be tempted to use less amount of water so that it boils quicker.

Resist that temptation if you don’t want to end up with a poorly cooked meal. Just like pasta needs plenty of space in the cooking pot, it also requires plenty of water to submerge every strand.

If you want the water to boil faster, cover your pot with a lid but check it frequently to see if it has started boiling. Alternatively, keep the lid partially covered so that you can hear when the water starts to boil.

4.    Stir frequently to prevent the pasta from sticking

Don’t walk away from your stove to check what people are tweeting or posting on Instagram while cooking pasta. The results will be pathetic because you will end up with sticky pasta. When you decide to prepare pasta, ensure you are always focused on your pot.

Stand guard and stir the pot at least three times during cooking. Don’t let the strands clump. Instead, make sure they swirl, unwind, and are free in the pot.