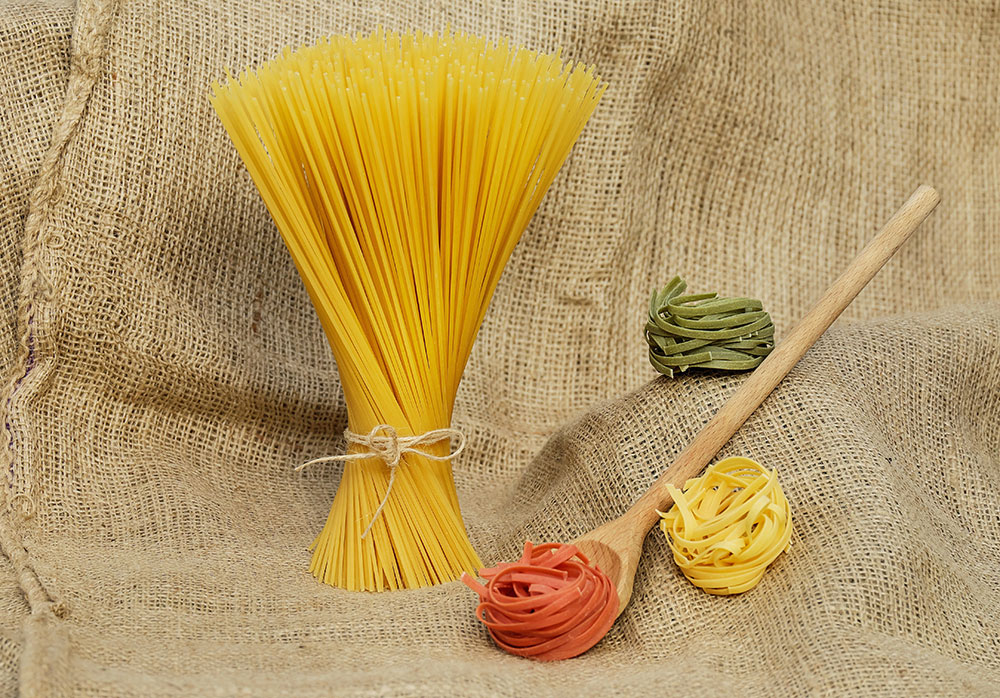 Pasta is among the most versatile and popular food items to come out of Italy.  In fact, it is up there with pizza, tiramisu, and gelato. Some people say that Marco Polo brought it to Italy from the Far East, while some believe that it is of Arabic or Greek origin.

Regardless of its place of origin, pasta is close to the heart of many Canadians, and you will never miss it on the menu in any Montreal Italian restaurant. But did you know that there are close to 600 different pasta shapes, each with a unique and delicious taste?

Talk of long or short pasta, pasta for soups, and even pasta that can be stuffed- there are endless uses for pasta.  Read on to explore some of the common pasta shapes and sizes.

Spaghetti is probably the most known type of pasta shape. This long and thin piece of pasta has a lot of versatility and mixes incredibly with a wide range of sauces, but it is mostly paired with meatballs and tomato sauce. It also serves as a great complement to chunky sauces such as Bolognese or light sauces.

Spaghetti is also an incredible pasta dish to prepare for large groups of people. Although it is most popular in Italy, Spaghetti is enjoyed worldwide, and you won’t miss it on the menu in your favorite Montreal Italian restaurant.

Cappellini, commonly referred to as angel hair, is probably the thinnest and most delicate of the different shapes of pasta. Its long and thin strands can be best paired with light sauces, but it also goes well with salads. You can even break it into halves and add it to your soup.

Lasagne, whether made with crispy duck or meat-free, is one of the world’s favorite dishes. If you want to make your Lasagne a little bit more delicious, then use the delicate sheets of fresh egg pasta and avoid dried pasta sheets.

Fortunately, fresh pasta sheets are readily available, and their uses go much further than just preparing Lasagne. You can choose to cut them into pappardelle with a pizza cutter or roll them into cannelloni.

Who doesn’t love the old favorite “Mac and Cheese?” This is another popular form of pasta, and the dish has become a Canadian classic over the past few years. Traditionally, it was made from durum wheat without eggs and carefully shaped into hollow tubes with short lengths.

Some people prefer cutting it into medium lengths with a curve making it the best past combination when served with cheesy sauces. That little crook in the curve catches it all.

Bucatini is a long and thicker pasta that resembles spaghetti, but there is a hole running through its center. This pasta originated in Lazio, Naples, but it is more popular in Rome and other parts of the world.

Bucatini is usually paired with rich, hearty sauces. The hole that runs through its center allows it allows it to cook evenly inside and out for a rich, tasty flavor. Originally, the pasta was hollowed using a thin rod that was called a ferretto.